The amount of electricity produced by a solar panel depends on several factors, the most important of which is its location relative to the sun. Other factors include typical weather patterns, and the sun’s angle relative to the panel. 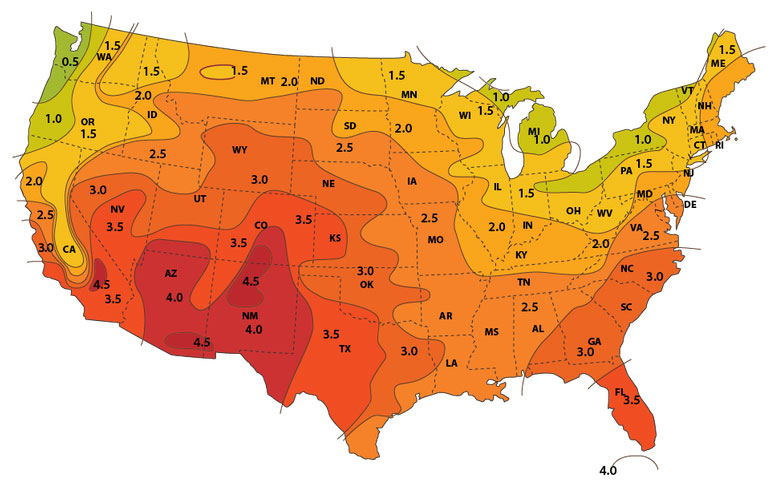 One sun hour is the measure of the amount of solar radiation received by a surface perpendicular to the sun, for one hour, at sea level. It is expressed as kilowatt-hours per square meter per day(kWh/M²/day).

A site receives sunlight all day, yet it measures much fewer sun hours of equivalent full sun. Why? One reason is reflection due to high angle of the sun relative to the solar panel: the latitude of the site is a significant factor in reflective loss. The second is due to the amount of the earth's atmosphere the light is passing through.

The most productive hours of sunlight are from 9:00 a.m. to 3:00 p.m., around solar noon. When the sun is directly overhead, the distance from the sun to the solar panel is the shortest. Thus, the light is passing through the least amount of atmosphere with the least amount of reflection, and the panel produces the most energy. In the morning and evening, the sun is lower in the sky, and sunlight passes through more atmosphere, and has a greater angle of reflection. During these periods the panel receives less sunlight to make power.